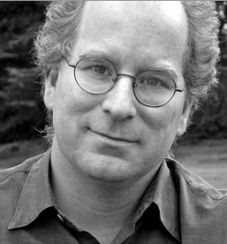 A “digital librarian” with a mission to provide “universal access to all knowledge,” Brewster Kahle is founder and director of the Internet Archive, a free digital library that archives World Wide Web documents and makes them universally accessible.

Chronicling over 85 billion pieces of deep Web geology (on his Wayback Machine you can view pages as they actually appeared in web antiquity), Kahle has created a veritable history of the Internet’s formation, and through his work on the Electronic Frontier Foundation’s Board of Directors, he has been instrumental in helping keep such information free and reachable.

After graduating from MIT in 1982, Kahle helped start Thinking Machines, a supercomputer company that built systems for searching large text collections. In 1989, he invented the Internet’s first publishing and distributed search system, WAIS (Wide Area Information Server). WAIS Inc. created the online presence for many of the world’s largest publishers, and was purchased by America Online in 1995. In 1996, Brewster co-founded Alexa Internet, which provides search and discovery services included in more than 90 percent of web browsers, and was purchased by Amazon in 1999.

Kahle is a key supporter of the Open Content Alliance and has been elected a fellow of the American Academy of Arts and Sciences.