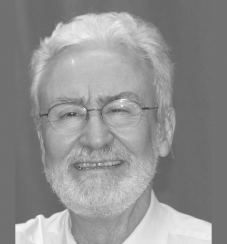 2022 Advisory Board Member
By co-founding and co-leading several key organizations, Carlos Afonso advanced Internet development and democratized access in Brazil and other Latin American countries. Two organizations he co-founded have been particularly influential: the Brazilian Institute of Social and Economic Analyses (IBASE), and the Association for Progressive Communications (APC). Afonso was also the visionary behind the first use of the Internet at a United Nations (UN) conference.

Fusing his education in engineering and social and political thought, Afonso’s approach to Internet accessibility focused on how to best serve humanity and social justice. In 1981, he co-founded IBASE, where he conceived and led the first Internet service project in the country. Alternex, as it was named, launched in 1989 as a free service for civil society organizations and individuals. It rose to global recognition in 1992 when Afonso proposed and coordinated its use at the UN Conference on Environment and Development, the first use of the Internet at a UN event. That demonstration opened the eyes of hundreds of world leaders to the benefits of global communication and helped to promote the Internet in Brazil.

Alternex was also an example of a startup incubator for the Internet in Brazil, as it functioned as an Internet gateway for hundreds of bulletin board systems, many of which became some of the largest Internet service providers in the country.

APC, a member of the UN’s Economic and Social Council, is an international consortium of non-government organizations formed in 1990 with the mission of promoting universal access and democratization of information and communication using computer networks.