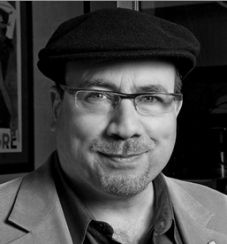 As founder of Craigslist, one of the most widely used websites on the Internet, Craig Newmark changed the way people used classifieds, transforming it into a largely Internet-based industry.

While working as an IT consultant for Charles Schwab in 1995, Newmark began circulating emails to friends and co-workers, informing them of events taking place in the San Francisco Bay Area. As the Craigslist emails became more popular, users began suggesting other services for Newmark to incorporate, including job postings, sale items, and apartments – all of which he gradually incorporated. By 1999, Newmark – trained as a web-oriented software engineer – left his job in IT consulting to incorporate Craigslist as a for-profit business. Today, the website receives more than 30 billion page views per month, has 50 million users in the U.S. alone and supports 12 languages.

In early 2011 Craig launched Craigconnects, his initiative to link up everyone on the planet using the Internet to bear witness to good efforts and encourage the same behavior in others.