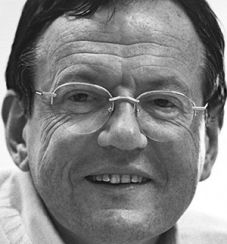 In 1991 Davies introduced Internet technology into the pan-European backbone, EuropaNet, which was originally planned as an X.25 network.

He was director of the COSINE Project, a pan-European effort to encourage the adoption of Open Systems Interconnections (OSI) by developing a set of pilot OSI implementations as well as gateways to proprietary systems. COSINE was responsible for the creation of DANTE, the UK-based organization that remains responsible to this day for the pan-European research Internet.

From 1993-2011, Davies was general manager of DANTE, where he oversaw the creation of six  generations of pan-European research networks, moving from the deployment of 2 Mbps transmission technology to 100 Gbps transmission technology. He successfully lobbied for the liberalization of the European telecommunications marketplace, which has enabled researchers to gain access to unprecedented network capacities and has supported a vibrant development environment for Internet technologies.

Davies also has supported a number of initiatives which have succeeded in encouraging other regions to provide researchers with Internet capabilities. His efforts have created network organizations in South East Asia and Latin America; currently, a similar initiative in Africa is under way.

Davies studied engineering at the University of Cambridge and become a telecommunications development engineer in 1971. After a post-graduate course in computer science, he became one of the early developers of packet switching in the UK.

Davies is now a development engineer for the European Future Internet Initiative.