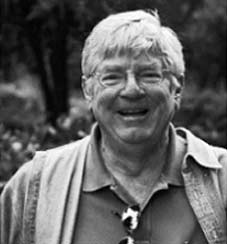 2022 and 2021 Advisory Board Member
As a developer, researcher and evangelist of the TCP/IP protocols, Dan Lynch played a key role in driving global adoption of these protocols and fueling the Internet’s commercial success, public visibility and use.

In the 1970s, as director of computing facilities at SRI International, Lynch ran the data center where the second ARPANET node was located. While there, he performed initial development of the TCP/IP protocols in conjunction with Bolt, Beranek and Newman.

He subsequently joined the University of California’s Information Sciences Institute as director of the Information Processing Division, where he led the ARPANET team that made the transition from the original Network Control Program protocols to TCP/IP from 1980 until 1983.

During this period, while serving on the Internet Activities Board (now the Internet Architecture Board), he launched an effort to track TCP/IP implementation on the ARPANET, which significantly propelled U.S. TCP/IP adoption and ultimately enabled the launch of the Internet, on January 1, 1983.

As part of his work with the International Networking Group, he contributed to the testing of the Packet Radio and Packet Satellite networks that were part of the original three-network Internet.

After the Internet’s launch, Lynch founded INTEROP, which played a dominant role in demonstrating the commercial viability of the Internet’s design, and trained thousands on the design, implementation and operation of Internet-enabled equipment.

It was at INTEROP where the first router vendors demonstrated product TCP/IP functionality and interoperability. The first computer makers followed suit, and INTEROP spread to Europe and Asia, giving the Internet even greater global visibility.

Lynch went on to found CyberCash, one of the earliest online payment services for e-commerce.