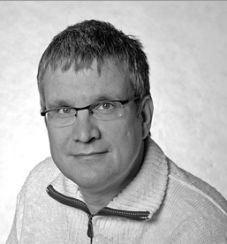 In the 1980s, he helped build EUnet, the first pan-European Internet Service Provider (ISP). In 1989, Daniel was one of the founders of RIPE (Réseaux IP Européens), the key collaborative forum in Europe for Internet coordination.

Daniel Karrenberg is one of the pioneers of the Internet in Europe.

In the 1990s, Daniel led the formation of the world’s first Regional Internet Registry, the RIPE Network Coordination Centre (RIPE NCC), serving Europe, the Middle East and parts of Africa and Central Asia.

Daniel Karrenberg has been the Chief Scientist at the RIPE NCC since 2000. Since then, Daniel has played a leading role in a significant number of operational activities in the Internet community, including RIPE Routing Information Service (RIS), RIPE Test Traffic Measurements (TTM), DNS Monitoring Service (DNSMON) and Name Server Demon (NSD). His current interests remain the Internet in general as well as trust, identity and measurements on the Internet in particular.

Daniel has served on a number of Internet governance bodies. Most recently, he finished his second three-year term as a trustee of the Internet Society. He has been Chairman of the Board of Trustees for three years.    In 2001, Daniel was awarded the prestigious Jon Postel Internet Service Award “for two decades of extraordinary dedication to the development of networking in Europe and around the world”.

Daniel lives in Roermond, the Netherlands with his wife and children.