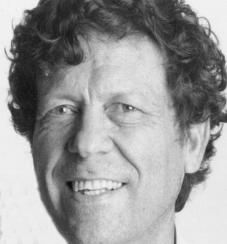 Then, in 1973, he was the first to implement “packet-video” and “packet voice” (Network Voice Protocol) when he adapted the visual flight simulator to run over the ARPANET. It was the first application of packet switching to real-time applications.

In the 1970s, as a researcher at the University of Southern California Information Sciences Institute (USC/ISI), he started and led several projects including FastXchange (e-commerce), digital library and ATOMIC.  Cohen and his research group under ARPA sponsorship developed the USC/ISI ATOMIC LAN, which was based on the Caltech Mosaic components. It was the research prototype for Myrinet, a high-performance system area network. He would go on to co-found Myricom, which commercialized Myrinet. He also started the MOSIS project in 1980.

Danny earned his BSc at the Technion and his PhD at Harvard University. Danny has been on the Computer Science faculty at Harvard, Technion and Caltech.

He was a member of the National Academy of Engineering, an IEEE Fellow and he received a USAF (United States Air Force) Meritorious Civilian Service Award.

Born in Israel, he is well known for coining the computer terms Big Endian and Little Endian in his landmark article “On Holy Wars and a Plea for Peace,” which examines the proper byte order.

Read Wired’s profile on Cohen’s historic contribution to the internet.