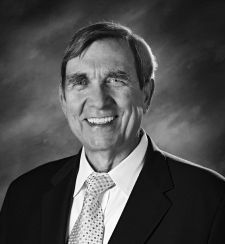 2022 and 2021 Advisory Board Member
As one of the earliest TCP/IP and internetworking researchers, Douglas Comer wrote the first series of textbooks explaining the scientific principles underlying the design of the Internet and its communications protocols, providing some of the earliest formal guidance for building efficient networks and applications that use the Internet.

Comer’s three-volume textbook series, Internetworking with TCP/IP, written in 1987, is widely considered to be the authoritative reference for Internet protocols. The series played a key role in popularizing Internet protocols by making them more understandable to a new generation of engineers and IT professionals.

Prior to Comer’s books, which have now been translated into over 16 languages and are still widely used in academia and by networking professionals around the world, the only source of information about the Internet’s design and protocols was limited to standards documents, which only outlined individual protocols. Comer’s books went beyond this to explain, critically, how protocols work together.

In addition, Comer has taught Internet principles, protocols, and architecture to thousands of engineers and IT staff. He also pioneered the use of tunneling, now widely used to send IP over a high-level protocol, and created an early network that supplied Internet connections years before the availability of ISPs (Internet Service Providers), the National Science Foundation backbone (NSFNET) and regional networks.