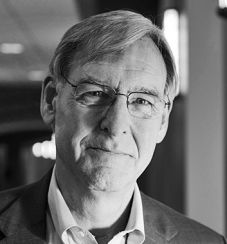 2021, 2020, 2019, 2018, 2017, and 2016 Advisory Board Member
Dr. Van Houweling was serving as chief information officer at the University of Michigan and chairman of the board of the MERIT Network, a statewide computing network in Michigan in 1987, when the National Science Foundation awarded MERIT the responsibility for the operation and management of the NSFnet national backbone -- the foundation upon which the global Internet was built.

During MERIT’s seven-year tenure, Internet traffic and connectivity grew by more than 400% per year. By 1992, when the NSFnet project began transitioning the Internet backbone to commercial providers, more than 6,000 networks were connected, one-third of which were outside the United States. And by 1994, networks in 94 countries were connected and the Internet had become a global phenomenon.

Van Houweling was also Chairman of the Board of Advanced Network and Services Corporation, a not-for-profit organization that enabled the transition of large-scale Internet capabilities from the higher education and research realm to commercial reality. From 1997 to 2010, he served as Chief Executive Officer of Internet2, the national research and education network for the United States.

Today Van Houweling is Professor in the School of Information at the University of Michigan and is the School’s Associate Dean for Research and Innovation. Van Houweling is the recipient of the EDUCAUSE 2002 Excellence in Leadership Award, the Iowa State University John V. Atanasoff Discovery Award and the Indiana University Thomas Hart Benton Mural Medallion.

He received his undergraduate degree from Iowa State University and earned his PhD in Government from Indiana University.