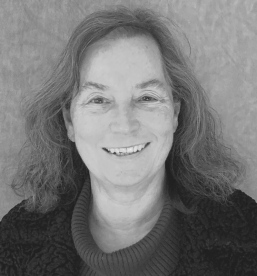 2022 and 2021 Advisory Board Member
From 1987 to 1996, Elise Gerich was actively involved in the deployment of the National Science Foundation’s (NSF) NSFNET, which promoted advanced networking in the U.S. and became the network model for the commercial Internet.

As a project systems manager at the Merit Network in 1987, Gerich oversaw the expansion of the NSFNET’s T-1 backbone, which a year earlier had become the principal backbone of the Internet.

Merit served as the lead organization for the contract with the NSF in a partnership that also included IBM, MCI and the State of Michigan; Gerich successfully coordinated and fostered collaboration among these and many other stakeholders, including managers from regional networks throughout the U.S., to ensure the network’s smooth redesign and deployment. In addition to fostering collaboration throughout the U.S., she created a program to qualify international research and education network connectivity to the NSFNET.

She also oversaw the network’s more difficult 1991 migration to the T-3 backbone, successfully coordinating operations and engineering efforts to troubleshoot the backbone’s technical issues. She later became co-principal Investigator for the following NSF Awards: T-3 NSFNET Backbone; Routing Arbiter Services; and Multi-threaded Distributed Routing Architecture. In 1995, at the end of the NSFNET contract, she oversaw the retirement of the NSFNET backbone and the transition of its connections to commercial Internet Service Providers (ISPs).

In 1996, Gerich began working for [email protected] Network, one of the earliest high-speed cable ISPs, where she led the rollout of the first Internet-over-cable infrastructure for over 20 cable providers, sparking widespread high-speed network access in U.S., Canada, Europe and Japan.

In 2010, Gerich assumed responsibility for the Internet Assigned Numbers Authority (IANA) function at ICANN (Internet Corporation for Assigned Names and Numbers), an iconic role once held by the legendary Jon Postel.

In this capacity, she was instrumental in the historic 2016 transfer of Internet control from the U.S. government to the Internet Assigned Numbers Authority, an independent, international community responsible for the administration of the Internet’s unique names, numbers and parameters.