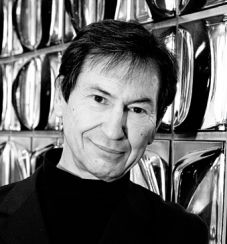 A leader of the struggle to promote the Internet in Europe, Francois Flückiger convened in November 1988 the founding meeting that led to the creation of Réseaux IP Européens (RIPE), the nonprofit European organization that conducts the technical coordination of the infrastructure of the Internet.

He contributed in 1992 to the creation of Ebone (the pan-European Internet backbone) by drafting the Memorandum of Understanding which laid down its basic principles, and arranged in that same year for the European Organization for Nuclear Research (CERN) to become a founding member of the Internet Society (ISOC).

Flückiger also drafted popular cartoons, some of them exemplifying the ineffectiveness of battling against the Internet.

A graduate of the Ecole Supérieure d’Electricité, Flückiger holds an MBA from the Enterprise Administration Institute in Paris. He is a member of the ISOC Advisory Council and of the W3C Advisory Committee, a lecturer at the University of Geneva and the author of the textbook “Understanding Networked Multimedia” and more than 80 articles. He chaired the INET’s 1988, 2001 and 2002 program committees.

Today, he is CERN’s Knowledge Transfer Officer for Information Technologies and the Director of its School of Computing. At CERN his responsibilities have included the management of its World Wide Web team after the departure of Web inventor Tim Berners-Lee.