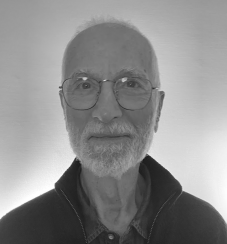 Frode Greisen is a central figure in the expansion of the Internet across Western and Eastern Europe, North Africa, and Iran. He served as a board member and president of the European Research and Education Network (EARN), which connected universities and research institutions in the 1980s.

Along with several colleagues, in 1991, Greisen founded the European Internet backbone EBONE, considered to be Europe’s original Internet.

EARN was founded in 1985 with the mission of creating a networked system for universities and research facilities to share information for non-commercial purposes. All universities and institutions of higher learning and research in Europe, the Middle East, and Africa were eligible to be full members of EARN if they agreed to host one node connected to EARN and were willing to connect to other institutions. EARN was connected to a peer network in the U.S., BITNET.

In helping to establish EARN, Greisen facilitated negotiations with governmental agencies at a time when they preferred to defend their telecommunications monopolies. His work with the European Conference of Postal and Telecommunications Administrations guaranteed that the academic and scientific communities could exchange data at a time when these activities were considered illegal but no legal means were available. Despite challenges in connecting within Europe, Greisen did not lose sight of the importance of connecting North African and Middle Eastern countries to the larger network.

Greisen actively pushed to connect Eastern European countries to the Western academic networks, enabling the first international data links shortly after the fall of the Berlin Wall. When EARN merged with Réseaux Associés pour la Recherche Européenne to form the Trans-European Research and Education Networking Association, Greisen served as that organization’s first president. He also served on the first board of trustees of the Internet Society.

In 1992, Greisen became the general manager of the consortium developing a pan-European Internet backbone (EBONE) that came to link about 100 Internet service providers in most European countries. EBONE played a crucial role in the transition of the European Internet from an academic research tool to a general purpose network open to everyone. Greisen’s tireless advocacy to better serve its users grew EBONE’s bandwidth by a factor of ten thousand during its eight years of existence.