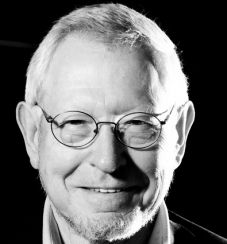 2020, 2019, 2018, 2017, and 2016 Advisory Board Member
George Sadowsky has helped develop and deploy Information and Communications Technology (ICT) to over 50 developing countries.

After spending his early career as an applied mathematician and programmer, he began to concentrate on applying computers to economic and social policy, leading academic computing and networking organizations, and making ICTs useful throughout the world. During his 13-year tenure at the United Nations (UN), which began in 1973, Sadowsky introduced the use of microcomputers for census data processing in Africa and supported the computing activities of China’s 1982 Census of Population and Housing.

Prior to that, from 1963 to 1970, he had introduced micro-simulation for tax analysis to the U.S. Treasury Department and founded and directed the Computer Center at the Brookings Institution in Washington. Then, from 1970-1973, he did economic research at the Urban Institute, which lead to his PhD dissertation on microanalytic simulation of the household sector.

From 1986 to 2001, he directed academic computing and networking activities, first at Northwestern University and then at New York University. During this period, he also headed a group of Internet Society volunteers who defined and conducted the Internet Society’s Developing Country Network Training Workshops. In 1994, he and Larry Landweber formulated the United States Agency for International Development’s (USAID) Leland Initiative, providing Internet connectivity to 20 African countries.

From 1996 to 2002, he was actively involved in World Bank activities as a member and Coordinator of the Technical Advisory Panel for the infoDev program. He also served as Senior Technical Adviser within USAID’s dot-GOV program for the Internews Consortium, providing ICT policy assistance to the developing world.

More recently, he was the Executive Director of the Global Internet Policy Initiative, working on Internet policy reform projects in 17 countries. He has been a consultant to the U.S. Treasury Department, the U.S. Congressional Budget Office, United Nations Development Programme (UNDP), the Swiss Government, and a number of foundations, as well as a special adviser to Nitin Desai, the Chair of the UN Secretary-General’s Internet Governance Forum, and the Chair of [email protected]

He received an A.B. degree with honors in Mathematics from Harvard College and M.A. and PhD degrees in Economics from Yale University. He is currently a member of the Internet Corporation for Assigned Names and Numbers Board of Directors.