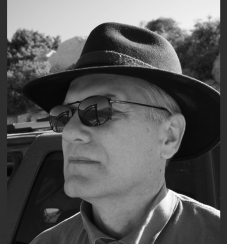 Hans-Werner Braun was a key player in the development of the National Science Foundation Network, NSFNET, and the Internet's resulting growth in speed, coverage and reliability. His work helped pave the way for large-scale routing and created a model for Internet networks around the world.

After working for five years on a regional university computer network at the University of Cologne in West Germany, in 1983 Braun joined the Michigan Educational Research Triad (MERIT) team at the University of Michigan, where he played a critical role with the development of the original interim NSFNET backbone, which ran at 56kbps. He did this by installing Dave Mills’ Fuzzball software to get the backbone operational, while being connected to a node via the National Center for Atmospheric Research’s University Satellite Network (USAN) project, utilizing a geostationary satellite. He continued to de-facto run the backbone.

Then, in November 1987, NSF awarded the “Management and Operation of the NSFNET Backbone Network” cooperative agreement to MERIT with its joint study partners  MCI and IBM. The purpose of this award was to replace the original interim NSFNET backbone with a T1 (1.544 megabits-per-second) environment, almost 28 times faster than the interim network, in order to accommodate growing traffic. Another objective was more comprehensive network management.

Under that award, Braun became the co-principal investigator for the NSFNET backbone, which gave him significant oversight for the new network’s design and operation.

NSFNET was originally created as an academic research network, connecting five academic supercomputer centers plus NCAR. The new T1 award was to add regional research and education networks which would then connect individual campuses, with the NSFNET backbone literally becoming the Internet backbone.

In order to achieve this outcome, Braun and others coordinated the work of MERIT, NSF, the State of Michigan, IBM, and MCI, while targeting a deadline of July 1, 1988, for the T1 launch. NSF’s Steve Wolff contacted Braun on June 30 to determine when the network would be ready, to which Braun responded, “The 30th is not yet over.” The upgraded system was ultimately launched later that day, at around 8 PM, when Braun himself emailed users, “The NSFNET Backbone has reached a state where we would like to more officially let operational traffic on.”

According to the National Science Foundation, this understated message essentially “announced the birth of the modern Internet.”

Braun was instrumental in implementing further speed upgrades to NSFNET, up to an initial T3 (45Mbps) prototype between Ann Arbor and San Diego in December 1990. When it became clear NSFNET would be phased out, he helped NSF devise the follow-on architecture to support academic users, then working at the San Diego Supercomputer Center.

As the co-author of seven RFCs in the late 1980s and ’90s, he had significant influence on the development of the Internet.

Always the prescient thinker, Braun created large network measurement and analysis systems in the 1990s, and starting in 2000, he pioneered remote unattended wireless links to scientific instruments as part of the High Performance Wireless Research and Education Network (HPWREN), ranging from individual sensors in the desert to mountain-top astronomy observatories, establishing an early ‘Internet of Things’ well before the term existed.

Now, more than 20 years later, HPWREN is still evolving, having been connected not only to researchers and educators, but also firefighters and other public safety officials.