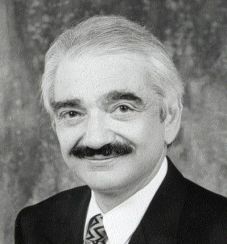 Dr. Howard Frank co-wrote a proposal that won the 1969 contract to design the network structure for the ARPAnet. He also conducted the original topological analysis for the ARPAnet, evaluating the network’s performance and reliability, and studied how the technology could be applied to the larger world.

Dr. Frank earned his PhD in electrical engineering in 1965 and taught at the University of California at Berkeley, where his specialty was network analysis.

In 1968, he went to work for the U.S. Office of Emergency Preparedness. He and his team developed a technology to design offshore natural gas pipeline systems. The resulting technology saved $100 million in 1969. That same year, he founded Network Analysis Corp. (NAC), which analyzed and designed commercial and government networks. In 1973, he  and NAC worked with the Defense Communications Agency (now the Defense Information Systems Agency), to make its systems more cost-efficient.

Dr. Frank’s activities have resulted in successful commercial networks for NASDAQ and other private companies, as well.