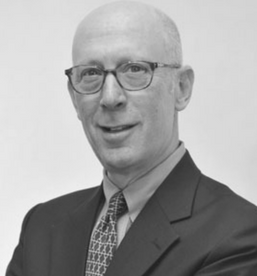 2021, 2020, 2019, and 2018 Advisory Board Member
In 1981, Ira Fuchs co-founded BITNET, a cooperative network between the City University of New York and Yale University that provided email, file transfer, and instant messaging to faculty, researchers and students throughout the world.

BITNET was an important precursor to the Internet: it offered many of the Internet’s core services years before the Internet was commercialized, and helped establish expectations about openness and free access.

In only a few years, BITNET grew to be the largest global academic network, reaching over 1400 colleges, universities, and research laboratories in the U.S., Canada, Europe, Asia, and South America. It became the first academic network in the USSR.

Fuchs was also co-creator of LISTSERV, the first networked list manager; a founder of JSTOR, a nonprofit organization dedicated to archiving and providing access to important scholarly journals; and a founding trustee of both the Advanced Computing Systems Association (USENIX) and the Internet Society.

He received the EDUCAUSE Leadership Award in 2000 for his work on academic networks and in 2010 for advancing collaborative open-source software. He is also the recipient of Indiana University’s Thomas Hart Benton Mural Medallion for his work in bringing network technologies to the liberal arts.

Fuchs served as vice chancellor for University Systems at the City University of New York (1980-1985), vice president for Computing and Information Technology at Princeton University (1985-2000) and vice president and program officer at the Andrew W. Mellon Foundation (2000-2010).

He holds a B.S. in Applied Physics and an M.S. in Computer Science and Electrical Engineering from Columbia University.