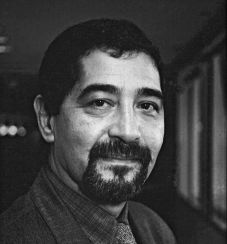 2021 Advisory Board Member
José Soriano played a key role in bringing the Internet to Peru, and was the primary architect and advocate of a “Public Internet Kiosk” model that has democratized network access so it could better reach underserved and non-Spanish-speaking Peruvians.

This model was declared by the World Bank as the most viable for developing countries. It was later adopted by El Salvador, Colombia, Uruguay, Togo and Mauritania.

In the early 1990s, Soriano helped lead a group of computing pioneers whose efforts resulted in the development of the first networks that would ultimately become the Internet in Latin America.

Soriano’s initial career as a journalist coincided with the early proliferation of the Internet in the U.S. and Europe, and he quickly recognized the Internet’s potential to disseminate information and empower Peruvian citizens.

In 1991, he founded Red Cientifica Peruana (RCP), a non-profit organization established to develop the network in Peru in partnership with 43 civil society institutions. As RCP’s general coordinator from 1991 to 2000, he built a team of 70 engineers, administrators and instructors.

RCP, which became the first ISP (Internet Service Provider) in Latin America, was conceived to bring Internet access to all Peruvians, and Soriano’s vision and leadership guided this idea.

He effectively advocated for a national initiative that developed the network independent of government and telecom interests, which could slow down or limit the network’s reach; he designed and deployed thousands of Public Internet Kiosks, so access was easy and inexpensive; and he emphasized the need for local trainers and content, to ensure that the Internet was more accessible and relevant to local communities.

Building on this commitment, in 1995 Soriano launched the first website in Quechua, the native language of the Incas, which is still spoken by almost 8 million (25%) Peruvians.