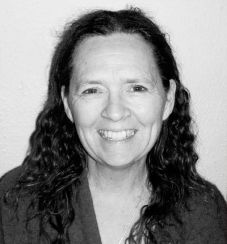 Karen Banks is a networking pioneer who has worked with information and communications technologies (ICTs) and their applications as tools for social change since 1990.

From 1990 to 1997 she maintained an international gateway called ‘GnFido’ at GreenNet, a non profit Internet service provider (ISP) in London, and founding member of the Association for Progressive Communications (APC),  an international network and non profit organization dedicated to creating and sustaining a free and open Internet. Working with over 60 partners in Africa, South Asia, and Eastern Europe, the GnFido gateway used simple “store-and-forward” technology (fidonet and uucp) providing, in many cases, the only means of cheap, efficient electronic communications to thousands of individuals, NGOs, academics, researchers, university and governmental departments.

In 1993 along with her women colleagues in APC, she formed the Women’s Networking Support Programme (WNSP), which led a 40-strong, all-women team to the UN’s Fourth World Conference on Women in 1995. There they provided email and web access to over 10,000 delegates, some of whom had never before sent an email or viewed a web page. The APC WNSP, which Banks coordinated from 1996 to 2004, pioneered the use of ICTs for the empowerment of women around the world. To this day, the program, now called Women’s Rights Programme, is at the forefront of the movement to ensure that the great potentials of ICTs for eliminating poverty and violence against women, overcoming women’s isolation, giving women a voice, improving governance and advancing gender equity are realized.

In 2004 the Anita Borg Institute recognized this work, awarding Banks the inaugural Anita Borg Social Impact Award. After coordinating the APC WNSP for eight years and APC’s global Internet rights work in Europe from 1998-2001, Banks took the position of Network Development Manager for APC in 2004. She led APC’s participation in the World Summit on the Information Society and Internet Governance Forum until 2008 and was elected as a civil society representative to the UN Working Group on Internet Governance in 2006.

Today, she remains a GreenNet director, a trustee of Privacy International (an international privacy rights and civil liberties watchdog based in the UK) and finance manager for APC.