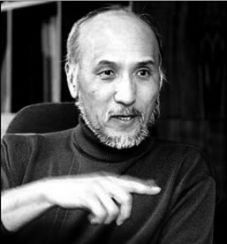 2021, 2020, 2019, 2018, 2017, and 2016 Advisory Board Member
Professor Chon contributed to the Internet’s growth in Asia through his extensive work in advancing Internet initiatives, research, and development. He developed the first Internet in Asia, called SDN in 1982, and his pioneering work inspired many others to promote the Internet’s further growth in the region.

Chon has worked on networking systems, including the Internet, since the early 1980s. He founded and is the current chair of various regional Internet organizations such as Asia Pacific Networking Group (APNG), Asia Pacific Advanced Network (APAN), and Asia Pacific Top Level Domain Name Forum (APTLD). He is also the co-chair of the Coordination Committee of Intercontinental Research Networking (CCIRN).

Professor Chon received a PhD degree in computer science from University of California, Los Angeles in 1974, and a BS degree in engineering science from Osaka University. He joined the Korea Institute of Electronics Technology in 1979 to work on computer system development, and moved to Korea Advanced Institute of Science and Technology in 1982 as a professor in the Computer Science Department. A research university located in Daejeon, South Korea, KAIST is the nation’s leading science and technology institution and is considered the MIT of South Korea. He continues to teach at KAIST, as well at Keio University, Japan’s very first private institution of higher learning.