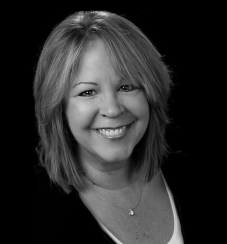 Kim Hubbard’s vision for an independent Internet helped fundamentally safeguard its development as a member-driven, self-governing network. Through her founding and leadership of the American Registry for Internet Numbers (ARIN) and her work to establish policies that allocated Internet addresses based on need, not power or influence, she helped foster the bottom-up self-governance model in use today.

In the Internet’s early days, when it was largely used as an academic and governmental research tool, one person – Jon Postel – worked as a volunteer to assign addresses. As that workload increased, the U.S. government created organizations that served as address custodians. Then in 1992, the decision was made to separate support for the commercial Internet from the Department of Defense and establish the Network Information Center (InterNIC), run by a private company.

Working as the manager of Internet protocol registration at InterNIC, Hubbard created strict guidelines for allocating IP numbers. Conducting this work, she realized that a coordinated model of IP address assignment would be necessary as the Internet grew. She brought together key stakeholders, including Postel, to lobby Congress to win recognition that a community-based policy for IP address management was the foundation of a functional service.

Hubbard’s ideas took form in her founding of ARIN, where she became its first president. She developed and documented all policies on the allocation of IP numbers, keeping a focus on conserving numbers. Hubbard also developed the first pricing model for the allocation of numbers. The policy process that Hubbard developed at ARIN was adapted to other regional registries, including Africa and Latin America, which had originally been part of ARIN’s domain.

Hubbard saw the need for stewardship of limited IP address resources, made it her mission to find a solution for the Internet community and persevered in maintaining a fair system.