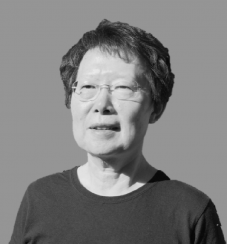 Dr. Lixia Zhang’s design of the Resource Reservation Protocol (RSVP), which serves as the foundation of Internet Traffic Engineering by most major network operators, has helped enable the effective management and growth of the Internet’s backbone networks for over two decades.

This protocol, practically applied as the Resource Reservation Protocol-Traffic Engineering (RSVP-TE), was an architectural first, using a soft-state design to reserve network resources and ensure higher quality of service in data transmission.

Dr. Zhang also helped develop the Stream Control Transmission Protocol, which facilitates phone connections over the Internet. In addition, she is credited with coining the word “middlebox” for devices that are injected into networks to perform functions on data other than those performed by a regular router.

Dr. Zhang grew up in Northern China where she worked as a farm laborer after the Cultural Revolution closed schools. Motivated to continue her education despite these obstacles, Dr. Zhang taught herself English and Calculus. She began making a significant impact towards Internet development beginning in the early 1980s as a doctoral candidate at Massachusetts Institute of Technology and is considered one of a handful of researchers to effectively bridge the gap between the academic laboratory and practical applications in Internet development.

Additionally, Dr. Zhang is one of the earliest proponents and explorers of Named Data Networking (NDN), a new network architecture design which uses data objects and their identifiers – rather than interfaces and their Internet addresses – as key components that incorporate security design directly into the architecture. Much as her thinking has led the way to the reconceptualization of prior systems, Dr. Zhang’s ideas about NDN have led to a re-examination of what services should comprise the foundation of an internetwork.