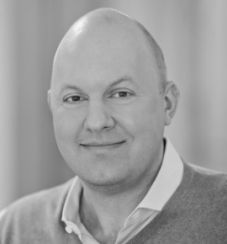 As an undergraduate at the University of Illinois at Urbana-Champaign, he worked at the university’s National Center for Supercomputing Applications (NCSA), where he became familiar with Tim Berners-Lee’s open standards for the World Wide Web. He and a co-worker, Eric Bina, created a user-friendly browser with integrated graphics that would work on a wide range of computers. The resulting code was the Mosaic Web browser, and Andreessen and Bina left NCSA to found Netscape.

In 2009, he and business partner Ben Horowitz co-founded the venture capital firm Andreesen Horowitz, which invests in companies in the information technology industry. Andreessen and Horowitz were ranked No. 1 on CNET’s 2011 list of most influential investors.

In 2012, Andreessen was named to Time Magazine’s list of the 100 most influential people in the world, and in March 2013, he was one of five Internet and Web pioneers awarded the first Queen Elizabeth Prize for Engineering, recognizing “outstanding advances in engineering that have changed the world.”