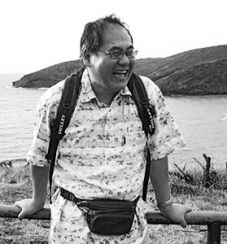 JNIC/JPNIC was a pioneer ccTLD registry and countrywide IP number registry. Before its institution, these resources were managed by volunteer groups, which became overwhelmed as demand for the Internet rapidly grew.

Hirabaru served as chair of JNIC’s steering committee, directing the start-up of the organization, documenting its rules and procedures, and designing service operations to achieve organized and stable registration. He then extended the reach of the Internet by proposing the creation of APNIC, so that people in all countries in the Asia-Pacific region could obtain IP number resources easily.

Hirabaru earned his PhD from Kyushu University in 1989 and worked for Kyushu University, the University of Tokyo, and the National Institute of Information and Communications Technology, among other organizations and companies. A natural leader, he played key roles in various research network projects in Japan and throughout the region, specializing in the areas of routing, network measurement and monitoring, and wireless and mobile networks. Hirabaru passed away on July 29, 2008.