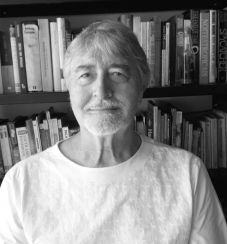 2022 and 2021 Advisory Board Member
Michael Stanton prompted the Brazilian government to build the country’s first national research network after he initiated a national conversation about the need for one, and he played a lead role in the team that created it.

In 1987, as chair of the computer science department at the Catholic University of Rio de Janeiro (PUC/RJ), Stanton convened Brazilian researchers in computing, science and engineering, government officials and the state-owned telecommunications provider to discuss building a single national research network with access to the outside world.

In 1989, the government acted on the resulting prompts by launching a project to build the National Research Network, or RNP (now the National Education and Research Network), and in 1990 Stanton joined the coordination team that would ultimately bring the Internet to Brazil in 1992.

Stanton left RNP in 1993 to continue his work developing academic networks, including the optical metro network at the Fluminense Federal University in Niterói, RJ (UFF), but rejoined RNP in 2001 as director of innovation. In this role, he headed the team fostering the development of new application services and became active in designing and developing new networks, both for RNP in Brazil and its international partners.

Among other projects, Stanton participated in the design, deployment and management of the RedCLARA regional network in Latin America, fostered since 2003 by the European Union; helped the National Science Foundation link Brazil to the U.S. since 2005 through its International Research Network Connections program; and helped inspire the Amazon Connected program, which is using subfluvial cables in the rivers of the Amazon Basin to bring high-performance Internet to many Brazilians who lack access.

He has also played a leading role in projects to build large-scale network testbeds, both for exploring optical technologies (2003-2008) and also, beginning in 2011, to carry out research and development into the Future of the Internet, both within Brazil and in concert with international partners.

Today, he continues to participate in the design and deployment of scalable optical networks in South America and around the world.