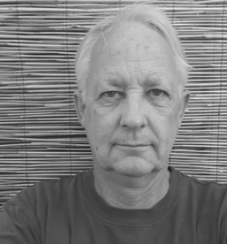 2014, 2013, and 2012 Advisory Board Member
Mike Jensen built some of the earliest networks to connect the nonprofit sector, and played a key role in establishing network connectivity for developing countries in Africa and around the world.

In 1982, he was exposed to CoSy, one of the first online messaging systems, while studying for his MSc at the University of Guelph (UoG) in Canada. CoSy was being developed by UoG, and subsequently selected by Byte magazine to launch BIX, the magazine’s experimental networked bulletin board for subscribers, in 1985.

After graduation, and a stint in technology journalism back in his home country of South Africa, Jensen returned to Canada where, in 1986, he went on to co-found an Internet service provider called ‘The Web’ (prior to the World Wide Web and graphical user interfaces), which was dedicated to the nonprofit sector.

The Web was one of the founding members of the Association for Progressive Communications (APC), the international NGO network established in 1992 which continues to provide ICT policy advice and support for non-profits and civil society groups around the world.

When the political situation improved in South Africa in the early 1990s, Jensen returned to Johannesburg, where he had grown up, and began travelling the continent, helping organisations in Africa go online or obtain better connectivity.

He continues this work today, mainly in Africa, but also in other developing countries around the world, in his role as the APC’s Internet access specialist, while consulting for a wide range of private and public-sector entities.