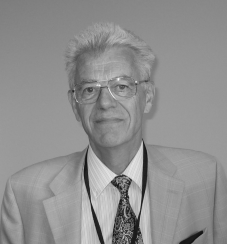 Posthumous Recipient
Pål Spilling was a key contributor to the establishment of the first Advanced Research Projects Agency Network (ARPANET) node outside the U.S. when he worked with Yngvar Lundh to link the U.S. ARPANET to the Norwegian Defence Research Establishment (NDRE) in Kjeller, Norway in 1973. He then helped extend that connection to a second overseas node at the University College London, paving the way for a global network.

These two nodes were the beginning of a lengthy line of radio, satellite, and ground stations that, in 1977, first carried a message in a roundtrip from California through Europe, covering 88,000 miles in less than three seconds.

In 1974, Spilling began working with Vint Cerf and others on early drafts for Transmission Control Protocol (TCP), also testing its implementation. He also participated in the development of the Internet Protocol (IP) and other early network protocols, pointing the way to a more reliable, efficient Internet two decades before most people knew what a network was.

After securing funding from his employer at the time, The Norwegian Telecommunications Administration, Spilling built the precursor to the Norwegian Internet by connecting the University of Oslo, the Norwegian Seismic Array and the Computing Centre at the University of Trondheim to the Norwegian ARPANET node. His work dramatically altered ongoing—often heated—discussions about technology and standard selection by demonstrating something that actually worked. The momentum for Spilling’s TCP/IP-ARPANET model ensured that these technologies ultimately became the foundation for the Norwegian academic backbone and the Norwegian commercial Internet itself.

Along with a handful of other very early Internet pioneers, Spilling’s name is engraved on the “Birth of the Internet” plaque donated to Stanford University by Vint Cerf.