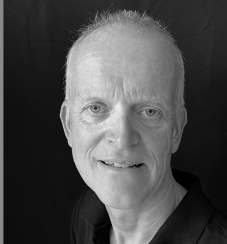 2022 Advisory Board Member
Network engineer Philip Smith influenced the growth of the Internet in the Asia Pacific region, Africa, and the Middle East through his leadership roles in influential network organizations and his help codifying best practices for engineering processes and protocols, especially the Border Gateway Protocols (BGP). He was behind many successful deployments of Internet Exchange Points (IXPs) around the globe, reducing costs and latency and strengthening local networks.

Philip began his work in networking in the late 1980s while working on his PhD in Physics. A native of Scotland, he was one of the first engineers working in the commercial Internet in the United Kingdom, helping establish the London Internet Exchange Point (LINX) in London in 1994 and playing an instrumental role in European Internet development.

Relocating to Australia in the late 1990s, Philip committed himself to the development and ongoing improvement of the Internet, largely in the Asia-Pacific region but regularly extending more broadly. Over the years, he helped bring multiple nations online, often by helping to implement IXPs or providing training that enabled others to do so.

IXPs play a central role in bringing quality Internet service to areas where infrastructure is lacking. Philip’s focus on supporting underserved regions was also a part of his overall interest in training operators on best practices, especially for BGP, the essential protocol for routing Internet traffic. Philip’s teaching and technical assistance significantly influenced the Internet fates of countries from Bhutan and Mongolia to the Philippines and Ghana. Philip is the co-author of Cisco Internet service provider Essentials (Cisco Press), which helped document and guide Internet industry best operational practices in the early 2000s.

Philip held leadership roles in a number of organizations in the Internet operations community and helped many countries and regions establish their own network operator groups. As chair of the Asia Pacific Internet Association, a non-profit trade organization, he was influential in the leading operational technology forum known as the Asia Pacific Regional Internet Conference on Operational Technologies (APRICOT).