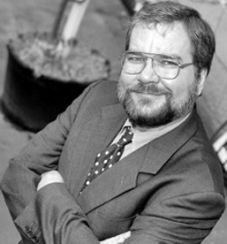 Philip Zimmermann is the creator of Pretty Good Privacy (PGP), an email encryption program that was made available to the public via FTP download. Originally designed as a human rights tool, PGP became the most widely used email encryption software in the world.

Zimmermann designed PGP to empower people to take their privacy into their own hands. He felt that with the growing social reliance on electronic communication, it was imperative that people and companies have the right to protect their intellectual property. He was thrust into action based on Senate Bill 266, a 1991 omnibus anticrime bill that would require manufacturers of secure communications equipment to insert special “trap doors” into their products to allow the government to read anyone’s encrypted messages. However, it was not just the intrusion of the government that Zimmermann was worried about – he believed that these trap doors could and would be abused by business rivals, organized crimes, or foreign governments and wanted to provide a way for individuals to protect their valuable electronic assets.

Targeted by the government as part of a three-year criminal investigation, PGP was called out for violating US export regulations for cryptographic software when the security program was shared globally. The case was eventually dropped in 1996 and Zimmermann was able to found PGP Inc.