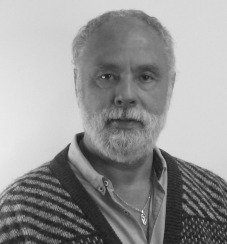 2022 Advisory Board Member
An Internet pioneer in his native El Salvador, Rafael (Lito) Ibarra connected the country to the Internet and worked to improve early systems for access nationwide. He also established the country’s first Internet cafes and managed the .sv domain.

Connecting El Salvador to the Internet was a daunting task. In the early 1990s, many people interested in building the Internet still thought it was only feasible in developed countries. El Salvador, which was vastly rural, suffered from poverty and an under-funded education system, as well as a telecommunications infrastructure damaged by civil war.

While working as the chief information officer of El Salvador’s Universidad Centroamericana José Simeón Cañas, Ibarra took it upon himself to link this unlikely nation to the rest of the world. Convincing federal and local governments and academia to align on such an ambitious project meant Ibarra had to challenge traditional structures in El Salvador and invest considerable professional and personal capital. Ibarra conducted his work with the altruistic purpose of providing connectivity for all, with no expectation of commercial gain.

Once the connectivity challenge was overcome, however, others were quite interested in making a profit from the Internet. With Internet access expanding, country-code top level domains (ccTLD) were considered a potential source of wealth, since, at the time, it seemed possible that any ccTLD could become the next .com. To manage El Salvador’s ccTLD, .sv, Ibarra founded the non-profit Asociación SVNet, in 1994. As president, he successfully walked the thin line of not charging for .sv domains so that Salvadorans could afford to maintain their web presences, while also making .sv a sustainable business.

Ibarra also worked to democratize Internet access by establishing “infocentros” throughout the country. These community-oriented cybercafés were the first that promoted public Internet use. An avid educator, Ibarra has published hundreds of regular newspaper columns and blog posts detailing much of El Salvador’s Internet history and tackling basic technology issues.