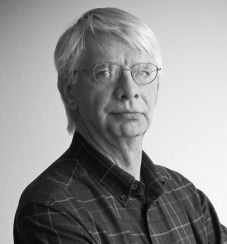 Posthumous Recipient
As a founder and leader of Réseaux IP Européens (RIPE) and the RIPE NCC, and as a contributor to other influential international networking organizations, Dr. Robert (Rob) Blokzijl played a significant role in advancing Internet development and use in Europe, the Middle East, and Central Asia.

The telecommunications environment in Europe at the dawn of the Internet was limited by government-mandated connection protocols and dominated by incumbent operators who often saw themselves as competitors. European Internet development required a substantial shift in thinking to focus multiple stakeholders on a common vision and provide them with a platform for coordinating and sharing information.

In 1989, Rob was among the founding members of RIPE and a co-author of its goals, which included ensuring “the necessary administrative and technical coordination to allow the operation and expansion of a pan-European IP network.” In his role as the Chair of RIPE for 25 years, Rob provided the vision, expertise, and hands-on work essential to the acceptance and spread of the Internet in Europe and worldwide. RIPE was a model for many subsequent community organizations.

Rob was also one of the key figures in creating the RIPE NCC, the body responsible for managing the IP address space in Europe, the Middle East, and parts of Central Asia, and for coordinating the technical community in those regions. As the first Regional Internet Registry in the world, the RIPE NCC became the standard for how to organise Internet infrastructure in a region-specific, responsive, and efficient way.

In the 1990s, Rob also made significant contributions to the development of the Internet in Russia and surrounding states, playing an instrumental role by helping to create the Moscow Optical Backbone and a regional network for the Akademgorodok, an academic city home to a university, medical school, and 35 research institutes. Later, he actively participated in the development of the Russian Backbone Network, RBnet, and the creation of the Moscow Internet Exchange, MSK-IX.

Early in his career as a physicist, Rob helped link the High Energy Physics Network and other computer networks serving European research and development and helped build the computer networks at the European Organization for Nuclear Research (CERN) and Nikhef, the Dutch National Institute for Subatomic Physics.