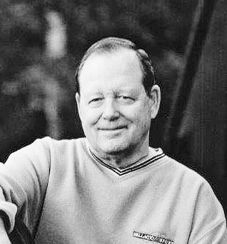 Robert Taylor provided visionary leadership in the creation and development of computer networking. In 1966 he succeeded Ivan Sutherland as Director of the Information Processing Techniques Office of the Advanced Research Projects Agency (ARPA).

From 1966 to 1969, he directed ARPA’s computer research program, which funded most of the U.S. computer systems research at that time. In 1966, he initiated the ARPAnet project, which laid the foundations of today’s Internet. A paper published in1968 titled, “The Computer as a Communication Device,” with J.C.R. Licklider, laid out the future of what the Internet would eventually become.

In 1970, Taylor founded and later managed the Computer Science Laboratory at Xerox Corp.’s Palo Alto Research Center (PARC). Technologies developed in his lab included: the first networked personal computer with windowed display and graphical user interface; a network connecting the Ethernet to the ARPAnet using a forerunner to TCP/IP; the electronics and software that led to the laser printer; and “What-you-see-is-what-you-get” word-processing programs.

In 1999, Taylor received the National Medal of Technology and in 2004, the National Academy of Engineering gave him its highest award, the Draper Prize.