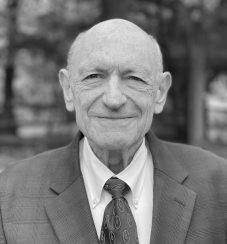 Dr. Saul Hahn was instrumental in connecting many Caribbean and several Latin American countries to the Internet. He channeled funding, coordinated technical support and advice, and helped establish and share best practices across the region.

His work affected the development of political and physical infrastructures to bring millions of citizens online and connect governmental and educational institutions.

In the early 1990s, the National Science Foundation (NSF) had funds to share the cost of satellite connection fees between Latin American and Caribbean countries and the U.S. academic networking infrastructure, but no authority to negotiate or to provide in-country equipment. Hahn changed that as the director of the Hemisphere Wide InterUniversity Scientific and Technological Information Network program (RedHUCyT), working under the auspices of the Organization of American States (OAS).

RedHUCyT’s objective was to connect OAS member states to the Internet and each other by helping launch or expand local networks. An initial project based at the University of Puerto Rico connected Caribbean academic institutions. RedHUCyT provided earth stations for satellite communication to the University of Costa Rica, the University of the West Indies, Guatemala, Peru, Paraguay, and Venezuela. RedHUCyT then helped connect Nicaragua and Panama to Costa Rica and, via a Costa Rican satellite channel, to the Internet using an NSF link. In addition to technology and technical support, under Hahn’s leadership, RedHUCyT sponsored training for the first generation of regional Internet experts.

Coordination between institutions and governments was a key factor in the success of RedHUCyT projects, and Hahn’s negotiating skills were often called upon. He carefully balanced the diverse needs of countries large and small to bring an entire region online. Because of his work and his focus on collaboration, Latin America and the Caribbean had early access to worldwide information and the power to share their unique perspectives with the world.