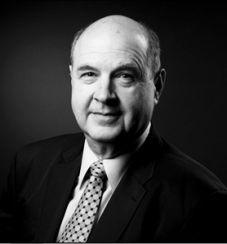 While serving as Program Director in the National Science Foundation’s (NSF) Computer and Information Sciences and Engineering Directorate’s networking division starting in 1989, Dr. Goldstein played a key role in evaluating and funding development of Internet initiatives around the world.

At NSF, he launched the International Connections Management (ICM) project, awarded to Sprint, in 1991. Between 1991 and 1996, he guided the connection of about 25 countries to the NSFNET, including those in Europe, Latin America and east Asia. Noted academic connections included Russia in 1994, and two with China in 1995. The last country to be connected under ICM was Mongolia in early 1996.

In 1997, he spearheaded the STARTAP, the first intercontinental exchange facility for high performance networks under a G7 initiative.

Before joining NSF, he helped establish the NASA Space Science Network. He also managed a series of awards that helped grassroots organizations in many under-networked countries to establish Internet connectivity. He helped guide the high-impact Global Ring for Advanced Application Development (GLORIAD), which constructed a dedicated lightwave round-the-world link.