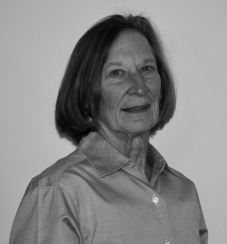 Virginia Strazisar Travers designed and wrote the software that created Internet gateways, the precursor to routers and the core component that allows dissimilar networks to connect. Her work linked the U.S. government’s Advanced Research Projects Agency Network (ARPANET) with regional networks and demonstrated the functionality of a global network.

Travers also led ongoing experimentation with these connections to prove that the idea of the Internet would actually be viable. When the time came to move the concept out of the lab and into more common use, Travers played a key role in that transition as well.

In addition to the Internet protocol suite known as TCP/IP, essential to the early Internet’s design were the gateways that linked dissimilar networks to form a network of networks. Working at research firm Bolt, Beranek and Newman in the 1970s, Travers devised gateways as part of the experiment which sought to connect three networks: the ARPANET, the Atlantic Packet Satellite Network, and the mobile Packet Radio Network (housed in a converted bread delivery van).

The first successful experiments were conducted to determine if the ARPANET could be linked to radio and satellite networks in a two-network connection. This occurred in 1976, when Travers’ software connected the ARPANET with the mobile Packet Radio Network, and then connected the Atlantic Packet Satellite Network with the ARPANET node at University College London.

The next step linked both radio and satellite with the ARPANET. That experiment took place in 1977, when Travers’ software launched a message via the ARPANET from the bread van through both satellite and radio networks, using ground stations in Sweden, Norway, England, and West Virginia on the way to its final destination at the University of Southern California. Making its way around the world, the message is estimated to have traveled 88,000 miles in less than three seconds.

Complicated technologies often succeed brilliantly in the hands of their creators, yet fail when transferred out of the lab. Travers was committed to the ongoing success of her invention and was instrumental in helping it expand from a series of one-off uses to a technology that enabled substantive advancement of the Internet.