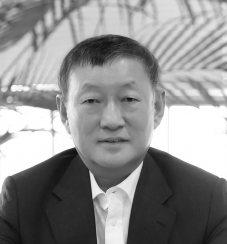 2022 Advisory Board Member
Dr. Xing Li is a pioneer in Internet development in China, beginning with his work in the 1990s to connect Chinese academic and research institutions and continuing with his contributions to IPv6 development and deployment in that country and worldwide.

He has also been active in multiple global organizations to support Internet growth and to bring together experts inside and outside China to share ideas and information on networking.

As an architect of the China Education and Research Network (CERNET), China’s first Internet backbone, launched in 1994, Li helped connect more than 2,000 Chinese universities. He was the principal architect of CERNET2, which linked more than 500 universities beginning in 2003, via an IPv6-only network. CERNET2 remains one of the largest IPv6-only networks in the world. Dr. Li was also the driving force behind establishing the China Next Generation Internet Exchange Center (CNGI-6IX), the IPv6 exchange point linking China with the global Internet.

Dr. Li’s work on IPv6 began years before CERNET2. He recognized that intercommunication between IPv4 and IPv6 protocols would be necessary and require unique translation technologies. In 1997, he set up the first testbed in China to join 6Bone, the global collaboration to test version 6 protocols. Since 2010, Dr. Li has been one of the major contributors to IPv4/IPv6 translation technologies and the co-author of 11 RFCs.

An avid believer in interpersonal as well as technological networking, Dr. Li has influenced global Internet development through his work at multiple international organizations, either as a founding member, or in other leadership capacities. Most notably, he was u.s.China’s earliest participant in the Asia Pacific Network Group and a founding member of the Asia Pacific Internet Association. He is active in the Trans-Eurasia Information Network (TEIN), the world’s largest research and education network with more than 50 million users.