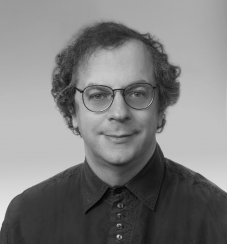 Yakov Rekhter was responsible for designing and implementing the National Science Foundation Network (NSFNET) Backbone routing under the National Science Foundation’s 1988 cooperative agreement to build and operate the second phase of the NSFNET backbone with IBM, MCI, the State of Michigan, and the Michigan Educational Research Information Triad (MERIT) at the University of Michigan.

At the time, Internet inter-domain routing technology was fairly rudimentary, and included a number of restrictions that imposed practical limitations on the growth of the network. In 1989, Rekhter, who worked at IBM’s Thomas J. Watson Research Center at the time, together with Kirk Lougheed, from Cisco Systems, designed the Border Gateway Protocol (BGP) to eliminate those limitations and provide a fully functional inter-domain routing system. As many good ideas do, BGP initially came to life on the back of napkins (three, to be exact).

Over the course of many years Rekhter continued his work on the evolution of BGP, including developing, with Tony Li, BGP4, which brought Classless Inter-Domain Routing (CIDR) to the Internet. CIDR and BGP4 are core components that have been necessary to scale the Internet to its current size and usability.

Rekhter has also significantly influenced the development of the Internet as the co-author of 85 RFCs. An avid collaborator through the several decades of advancing BGP, Rekhter was also a co-developer of tag switching and Multiprotocol Label Switching (MPLS), routing techniques still used today to implement a wide variety of networking services.