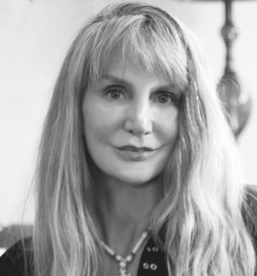 2022, 2021, 2020, 2019, and 2018 Advisory Board Member
Dr. Yvonne Marie Andrés was one of the earliest people to utilize the Internet to develop and advance global e-learning opportunities for educators and students.

In 1984, she created the nonprofit Global SchoolNet, an international organization that facilitates collaborative educational projects. She followed this in 1992 with the creation of Global Schoolhouse, connecting youth worldwide with scientists, authors, explorers, and community leaders to work together on projects of real-world importance. In 1995, she facilitated the first-ever live streaming television-Internet broadcast with World News Now.

In 2000, she was named one of the 25 most influential people worldwide in education technology and was invited by President George W. Bush to launch Friendship Through Education, an initiative of the U.S. State Department designed in the wake of 9/11 to foster relationships between American children and those from other countries and cultures through technology.

She followed this with the Doors to Diplomacy program, supported by the U.S. State Department to encourage middle school and high school students around the world to produce web-based projects that teach about the importance of international affairs and diplomacy.

She is also the author of numerous early guides to the Internet for educators.

She began her career as a teacher and technology mentor for the Oceanside Unified School District in Oceanside, California.