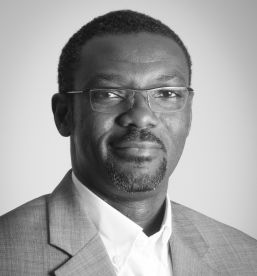 2022 and 2021 Advisory Board Member
Adiel Akplogan has been instrumental in increasing Internet network penetration across Africa, where he’s considered one of the continent’s Internet pioneers.

An electrical engineer by training, between 1996 and 1997 Akplogan helped establish the country’s first TCP/IP connection in his native country of Togo.

He began actively sharing his networking knowledge with many African colleagues, offering training and support in the region’s Internet deployment and expansion, and connecting them to international organizations that would aid in this effort. He played a key role in the development of several of the first West African ISPs (Internet Service Providers).

As a member of the Technical Advisory Group of the United Nations’ Economic Commission for Africa, he also helped define the Internet development strategy for several African countries, including Guinea, Cape Verde, Cote d’Ivoire, Togo, Benin and Burkina Faso.

By 2003, Akplogan had helped start AFRINIC (African Network Information Centre), Africa’s first Regional Internet Registry (RIR). He went on to serve as its first CEO, a position he held until 2015. As CEO of AFRINIC, he was also active within the global Number registry community where he played a leading role, alongside his RIR peers, to advance the Number Resource Organization and it’s engagement with the global technical community.

Under Akplogan’s guidance, AFRINIC was central to the development of the early African Internet ecosystem; it established a shared vision for the network’s development on the continent, and helped build a strong community around that vision. As a result, in the years that followed, African Internet penetration flourished.

Akplogan currently serves as the vice president for technical engagement at ICANN (Internet Corporation for Assigned Names and Numbers) and remains active in regional Internet development activities across Africa.