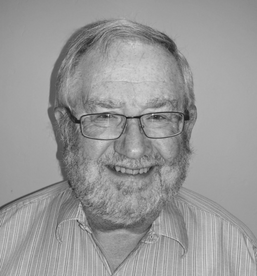 2022, 2021, 2020, 2019, and 2018 Advisory Board Member
As the original networking manager for the National Center for Supercomputer Applications at the University of Illinois, an early adopter of IP protocols, Ed Krol helped develop and deploy early Internet infrastructure through the creation of U.S. regional networks.

He also managed the establishment of the National Science Foundation Network (NSFNET) prototype, which ultimately became a foundational part of the U.S. Internet backbone.

In this role, he established meetings that evolved into the Federation of American Research Networks (FARNET), which promoted the development of higher education and public-sector networking. His University of Illinois group also developed the Eudora email client for Macintosh; TCP/IP suite for Cray Supercomputers; and the first free network monitoring tools for system administrators.

Responding to the lack knowledge in the academic community about Internet use, he wrote The Hitchhiker’s Guide to the Internet, published in 1987 as one of the earliest non-technical Internet guides. It was later adopted as the Internet Engineering Task Force’s RFC-1118.

He followed this with The Whole Internet book series, which brought the arcane world of the Internet into the public domain before many people were able to actually connect to the network. Selling well over a million copies and translated into over a dozen languages, the series spurred global demand for connectivity and cataloguing standards for Internet resources, as well as motivated the creation of those resources. Krol spent subsequent years giving lectures, writing articles and teaching classes on Internet use and features, reaching many in developing countries.