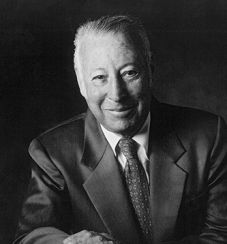 Heart, working at Bolt Beranek and Newman (BBN) in 1968, led the small group of unusually talented BBN staff that bid on and won a contract to build Interface Message Processors (routers) for an expandable, four-node network.

This work was being funded by the government’s Advanced Research Projects Agency (ARPA). The contract was completed on time and on budget, and over the next several years BBN built, delivered, maintained, modified, and operated the growing ARPAnet, which became the true progenitor of today’s Internet.

In addition to a direct involvement in the technical design of the network, Heart placed special emphasis on reliability issues, including use of quasi-militarized hardware and many novel software tools for remote monitoring, modification, and expansion of the growing network. It was very important that ARPAnet worked reliably, because this new technology was viewed with suspicion by the existing telecommunications world. Had the ARPAnet not worked successfully, an Internet might have developed, but probably much later and quite different from the one we know today.

Heart entered the computer age in 1950 as an MIT student at MIT’s Whirlwind computer. Whirlwind occupied most of a small building and was less powerful than today’s handheld devices.  Later, Whirlwind came under the aegis of MIT’s Lincoln Laboratory, and Heart spent the next 15 years at Lincoln, working on the Sage air defense system and on numerous projects connecting computers to real-time data sources, before moving to BBN.  Heart also served on the USAF Scientific Advisory Board.