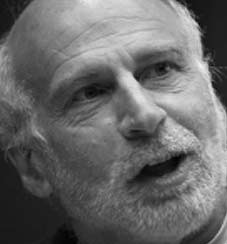 2022 Advisory Board Member
Kenneth J. Klingenstein helped lead the expansion of the Internet in the American West and played an early and important role in the development of the Internet’s identity and trust layers. His leadership and advocacy led to early Internet adoption in the U.S. and a safer Internet worldwide.

From 1985 to 1998, Klingenstein led the deployment of basic Internet services in the American West and between regional academic institutions, corporations, and the government. Klingenstein participated in the first National Science Foundation (NSF) meetings to launch the National Science Foundation Network (NSFNET), which promoted advanced research and educational networking in the U.S.

Based at the University of Colorado, Klingenstein held leadership positions in WESTNET, an original NSF regional network serving Arizona, Colorado, Idaho, New Mexico, Utah, and Wyoming; and in the Federation of American Research Networks (FARNET), an NSF-funded clearinghouse which tracked the state-by-state development of an information infrastructure. His work ensured that this important, though largely rural, region, kept pace with Internet advancement and adoption in the rest of the U.S.

Klingenstein’s passion for education and network accessibility extended to K-12 schools and their surrounding communities. He received the first NSF grant for a school district, wiring the classrooms of the Boulder Valley School District and providing a network for teacher training and evaluation. Klingenstein received a similar grant from the National Telecommunications and Information Administration to create the Boulder Community Network, the second www-based community network site in the world.

Beginning in 1998, Klingenstein’s work focused on the Internet’s trust and identity layers, envisioning and facilitating the widespread, consistent Internet identity infrastructure we rely on today. He drove the development of open-source identity software and related trust infrastructure to facilitate collaboration across the global research and education community.

Serving as the director of the Internet2 Middleware and Security Initiative, Klingenstein was responsible for fostering the development and dissemination of middleware interoperability and best practices. The internationally adopted standards he helped launch include the Shibboleth Identity Management System, the InCommon Federation, and the eduPerson object-class standard. His work is marked by a resulting consensus on standards that have become the global reference model for Internet authentication.