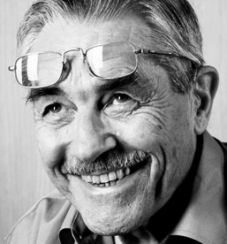 Louis Pouzin has acquired an international reputation as an expert in computer communications and networks.

Most of his career has been devoted to the design and implementation of computer systems, such as CTSS, the first large time sharing system at the Massachusetts Institute of Technology, or the CYCLADES computer network and its datagram packet switching network, from which TCP/IP was derived.

Besides his experience leading teams of top professionals, he is known internationally for his participation in early network standardization activities within IFIP, ISO and CCITT, and his numerous publications, many of which have become educational material in network courses. As a lecturer, he is especially appreciated for presenting complex subjects in clear and understandable terms.

He graduated from École Polytechnique in Paris. He is past chairman of IFIP-TC-6 (data communications). He has published more than 80 articles and a book on computer networks. Among awards he has received: IFIP Silver Core, ACM SIGCOMM, IEEE Internet, and French Légion d’Honneur.

Presently he is Project Director with EUROLINC, an association promoting the use of native languages on the Internet.