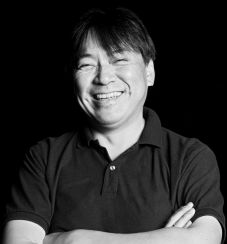 Posthumous Recipient
As a cybersecurity research pioneer and global leader in its deployment, Suguru Yamaguchi played an integral role in increasing the security of the Internet in Asia and around the world.

Dr. Yamaguchi was a founding member of the WIDE (Widely Integrated Distributed Environment) Project, which has been fostering network research and development activity since it established the first Japanese Internet backbone in 1988. As an active board member, he also began researching network security systems for large-scale distributed computing environments.

In 1996, he founded the Asia Internet Interconnection Initiatives (AI3), an Asia-wide research effort to provide broadband Internet connectivity throughout Asia Pacific via satellite. Through AI3, he helped build a satellite Internetwork for research and education communities in 13 Asia Pacific countries, enabling greater academic collaboration and further development of the Internet in the region.

From 2011 to 2013, he served as a board member of FIRST.org, the leading global association of CSIRTs, where he helped expand the organization’s outreach and education program to developing countries.